Over the course of a semester, students will conduct a NASA-approved experiment to compare data results from Earth and the International Space Station (ISS). This hands-on experiment gives students the opportunity to develop observation, creative problem solving, and critical thinking skills.

Extracurricular programs can gather dust. Adapt to the times with our modern space program.

Over the course of a semester, students will conduct a NASA-approved experiment to compare data results from Earth and the International Space Station (ISS). This hands-on experiment gives students the opportunity to develop observation, creative problem solving, and critical thinking skills.

Strengthen curiosity by exposing your students to ground-breaking fields in engineering and technology. Give students the opportunity to develop software programming and electrical engineering skills.

Orchestrate situations for students to develop skills necessary for collaborative research, communication, and problem-solving in a pre-professional setting.

Expand the belief of what is possible. Cultivate a hands-on learning environment where students can compare data, discover microgravity and create a new horizon of possibility.

Sofia and Isabella were the least likely to enter an extracurricular space program. They wanted a career in the movies and were interested in the same things as their female peers. Outer space? No way. Nevertheless, the two found themselves in the Level 1 Program in a predominantly male class. The girls paired together to work on their lightbulb kit experiment. When the program started, they were withdrawn and unsure how to engage with the content. Over time, their interest grew and they began catching up to the rest of the class, which initiated a fierce, unspoken competition against the boys. The day they were set to present their lightbulb experiments in front of the class the duo was sure the boys were still steps ahead of them. But a mentor reassured them the boys hadn’t finished yet and they still had a good chance of finishing before the boys. This glimmer of hope fueled their determination and kicked the competition into high gear. While the rest of the class was at a snack break, Isabella and Sofia stayed in to put the finishing touches on their project. When it came time for them to present, the girls were the first of all the groups to successfully light their lightbulb.

They beat the boys and won first place! When asked about their experience, both of the girls excitedly said they didn’t know STEAM could be so cool. The program opened their eyes to a bright, new future. Now they know they have what it takes to pursue a career in STEAM. 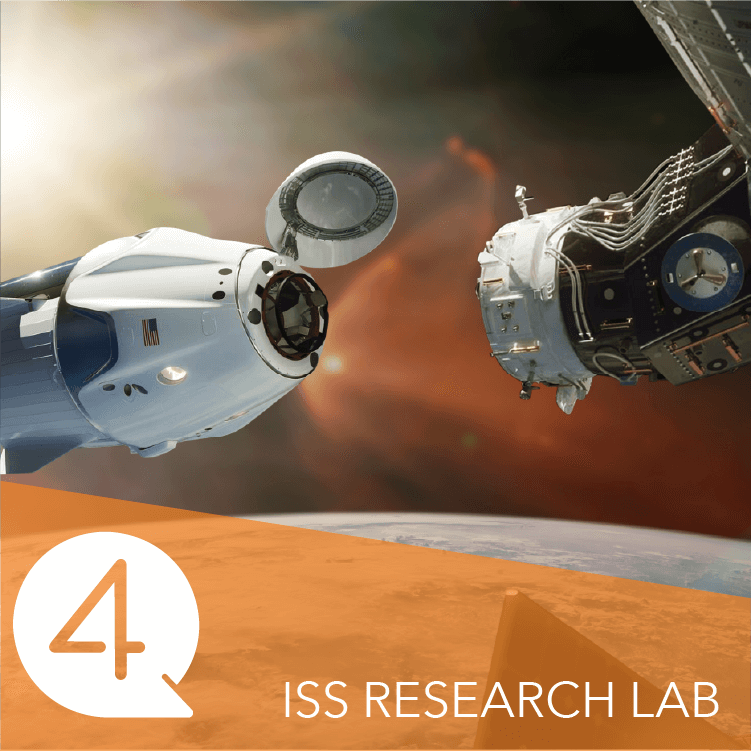 During this 9-month program, students work in teams to conceptualize, create, and conduct their experiment for NASA approval. Each team submits draft documentation and data analysis for review in order to be installed on the ISS for 30 days. This hands-on experience offers students real-world situations to navigate using technical skills, creativity, and the latest technology.

Our accelerated, no-fuss space program comes with 2-3 pre-approved NASA experiments for 7th through 12th graders. The program is available as a semester-long science curriculum insert (6 hr) or an after school extracurricular (12 hr). Q4 Level 2 provides students the opportunity for research analysis, code development, and data uploads to the International Space Station (ISS). Get your hands on this NASA-approved course today. 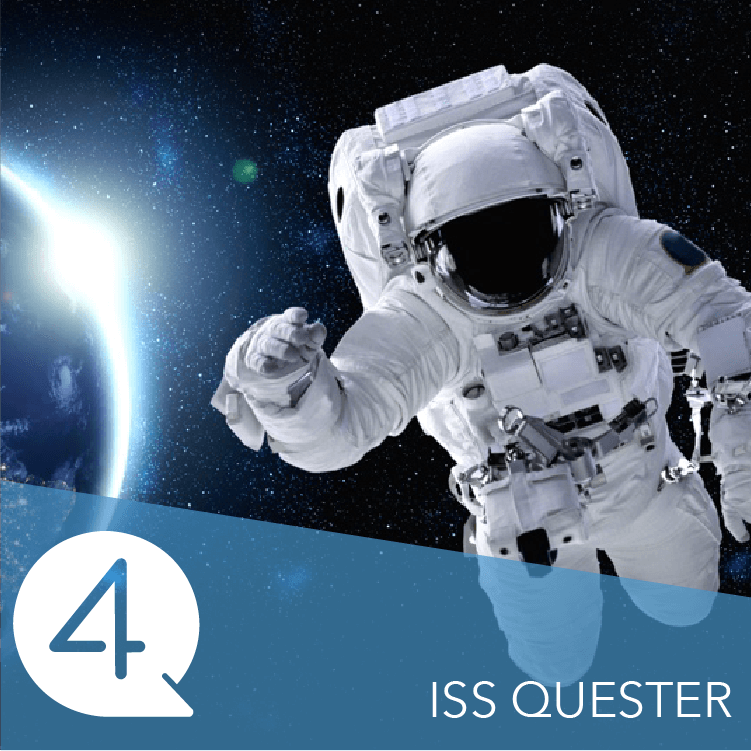 A Quester is one who seeks. Inspire the Quester in your students by using block coding to create unique Space Art with Ferrofluids and Iron Filings in microgravity and video messages on BMO to send to their friends and family.